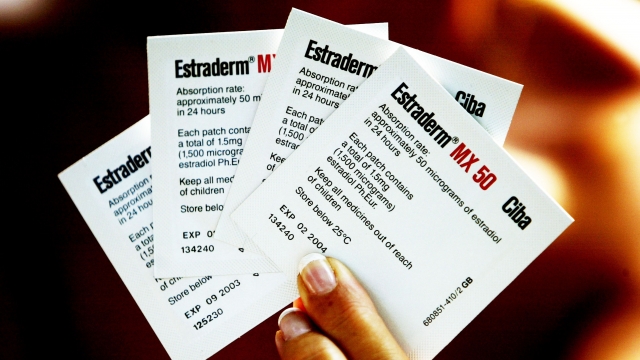 The risk of developing breast cancer while using combined hormone replacement therapy could be much greater than we thought.

According to a new study from The Institute of Cancer Research in London, combined HRT can almost triple a user's risk of developing breast cancer.

And about 1 in 10 women in their 50s in the U.K. use combined HRT, which has both estrogen and progestogen.

But doctors were hesitant to prescribe HRT after a 2002 study warned it could increase the risk of cancer.

Now, the authors of this newest study, published in the British Journal of Cancer, say previous research may have underestimated that risk by up to 60 percent.

To come to this conclusion, researchers monitored about 39,000 women for six years. During that time, 775 — or 2 percent — developed breast cancer.

And the study's authors found the women who used combined HRT for about five years were 2.7 times more likely to get breast cancer than those who'd never used HRT.

The risk jumped to 3.3 times for women who had used the therapy for 15 years or more.

But there is hope for women who believe using combined HRT is a necessity.

A chief executive with research charity Breast Cancer Now says women should take the smallest dose for the shortest time possible. She says once the therapy ends, the risk of breast cancer begins to fall.