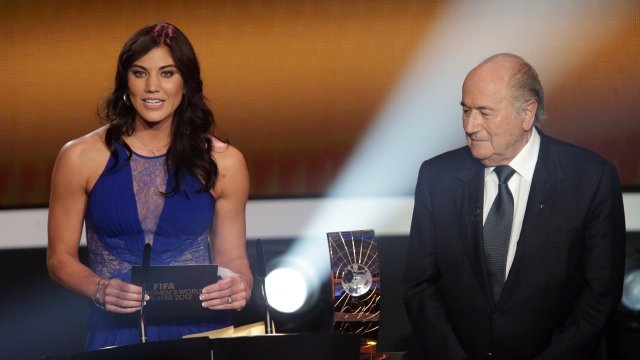 During an interview with Portuguese newspaper Expresso, Solo said Blatter groped her at an awards ceremony in 2013.

"I had Sepp Blatter grab my ass. ... It was at the Ballon D'or one year, right before I went on stage," Solo told the newspaper.

A spokesman for Blatter told The Guardian the allegation was "ridiculous." 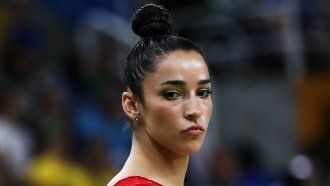 Blatter, who was banned from FIFA in 2015, has been criticized in the past for making sexist remarks.

In 2004, he said women's soccer players should wear skimpier outfits to attract more viewers. In 2013, Blatter welcomed a woman candidate for FIFA's executive committee by calling her "good looking." Later, he told the new women members of the committee they could talk, saying, "You are always speaking at home, now you can speak here."

Solo told the paper sexual harassment is "rampant" in women's sports, and she said she hopes more women will speak out about it.