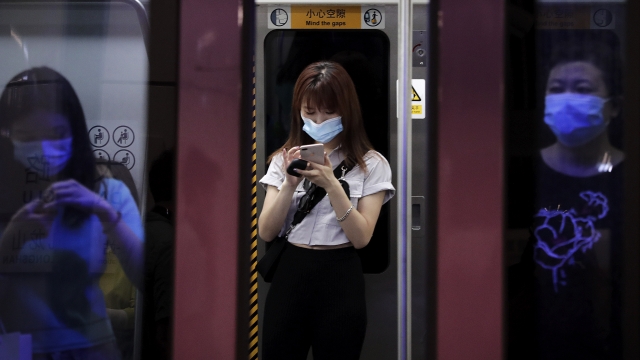 China is implementing new lockdown measures in hopes of curtailing a spike in coronavirus infections. On Thursday, it announced that 18,000 residents, mostly in the western state of Xinjiang, are ordered to quarantine.

The new measures in mainland China came a day after neighboring Hong Kong shut down restaurants for in-person dining, amid fears of a virus surge there.

Hong Kong, China's semi-autonomous territory, has had fewer than 3,200 COVID-19 cases. But chief executive Carrie Lam said in a video Wednesday there are signs that a serious outbreak is brewing.

"Fellow citizens, Hong Kong is facing a new wave of COVID-19 infections, with an upsurge in locally infected cases, many with yet unknown sources," she said. "We are on the verge of large-scale community outbreak, which may lead to a collapse of our hospital system and cost lives, especially of the elderly."

Despite its low infection numbers, Hong Kong has seen a recent uptick, with 100 new daily cases over eight straight days. So Lam says the city of 7.5 million people needs to gear up and "work together" to "suppress this epidemic again."

In China, where the global outbreak began late last year, the government claims it has kept infections to under 85,000 cases and to fewer than 4,700 deaths.

After 105 reported new cases Wednesday, the government said it is restricting mass transit and locking down some residential areas in the Xinjiang province. And officials say they are ordering more mass testing for the virus.