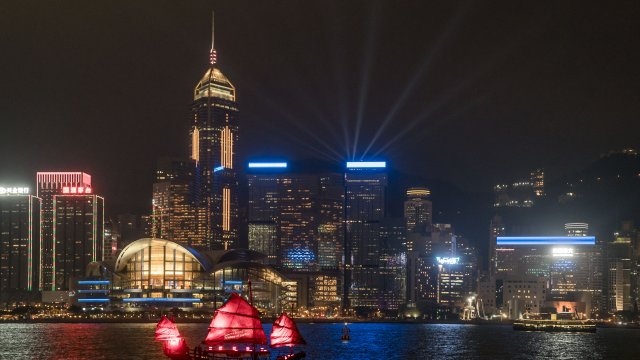 Hong Kong unveiled a new $2.4 billion stimulus plan to help the economy amid recession concerns and protests in the region.

Finance secretary Paul Chan said the government will give some tax breaks to approximately 1.4 million people. He also promised to look at increasing public work projects to create more job opportunities. On top of that, the government will support training programs for unemployed or under-employed people affected by the downturn.

Among the other benefits: A subsidy to help students with education, an extra month's allowance to social security recipients and electricity subsidy for 2.7 million eligible households. The government also promised to pay a month's rent for people who live in public low-income housing.

Some companies also stand to benefit from this program. The government will waive a wide range of fees for companies in certain sectors such as retail and tourism. It will also have a loan guarantee program for small companies.

The region has been dealing with months of political unrest, highlighted by protests around the city. Hong Kong's preliminary estimate showed gross domestic product only grew 0.6 percent in the second quarter. Chan, however, said the territory was affected by other issues such as the U.S.-China trade war and sluggish overall trading in Asia.