Students In Hong Kong Protest On First Day Of Class 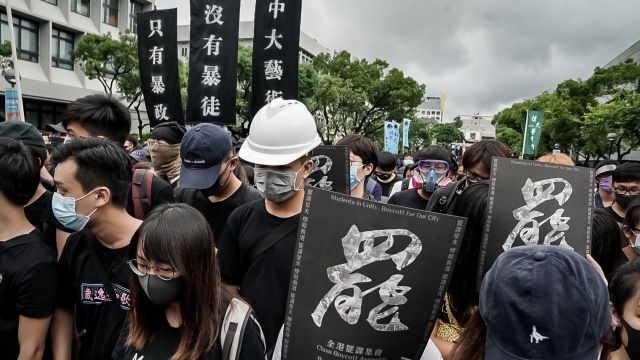 Thousands of students in Hong Kong spent their first day of school protesting for democracy.

One of the key protests was at Chinese University. Students there filled the streets wearing black clothes and carrying black signs. A banner at the center of their protest read, "Students in Unity Boycott for our City."

Monday's demonstrations are an extension of protests that began in June. Residents of the semi-autonomous city initially objected to a bill that would have allowed China to extradite suspects from Hong Kong. That legislation has since been abandoned, but the protests have continued and have occasionally turned violent.

Organizers say Monday's protests, which took place at multiple locations, are just the start of a two-week school boycott.