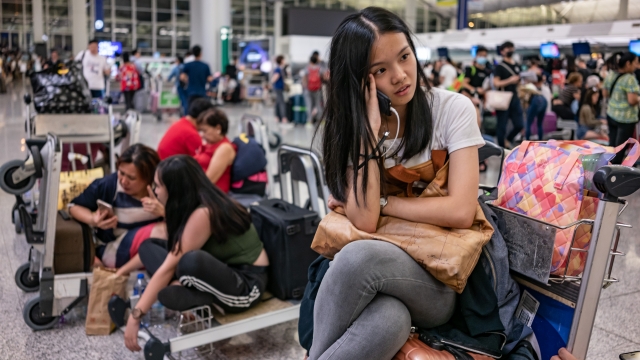 Hong Kong's airport reopened Wednesday after a day of violent scuffles between police and protesters.

Protests caused hundreds of flights to be canceled, shutting down the airport for two days. On Tuesday, police officers deployed rubber bullets and pepper spray on the crowd, leading to several violent arrests.

Authorities later secured a court injunction to clear out the airport; the majority of the protesters had left the terminal by that point. China's Hong Kong Liaison office condemned the protesters' actions as "terrorist-like."

In a press release, the airport said only passengers with a valid boarding pass for a flight within the next 24 hours will be allowed to enter the terminals.

Demonstrations in Hong Kong have been going on for 10 weeks now. Protests initially focused on how much influence China's central government holds on the city, but have shifted to denouncing alleged brutality by Hong Kong's police force and demanding more democratic freedom in the city.