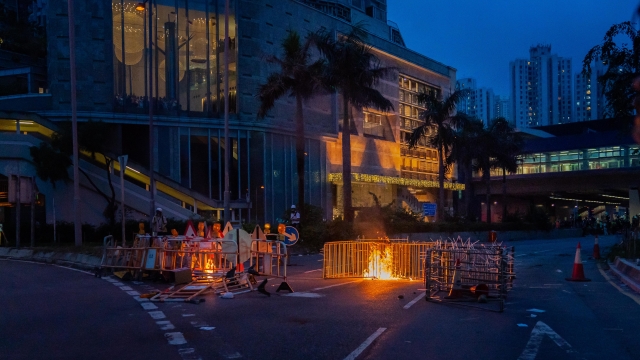 Protesters converged on multiple neighborhoods, getting into separate altercations with police who eventually used tear gas to disperse the activists.

Sunday also marked the last day of a peaceful three-day demonstration at the Hong Kong International Airport, with thousands of activists occupying the arrivals hall.

Protests initially began in opposition to a proposed bill that would have allowed the extradition of people in Hong Kong to mainland China. Although the bill has now been suspended, activists continue to call for an official withdrawal of the bill as well as the resignation of Hong Kong's Chief Executive Carrie Lam.

The U.S. recently issued a travel advisory that warns potential visitors to "exercise increased caution" when traveling to Hong Kong due to "civil unrest."