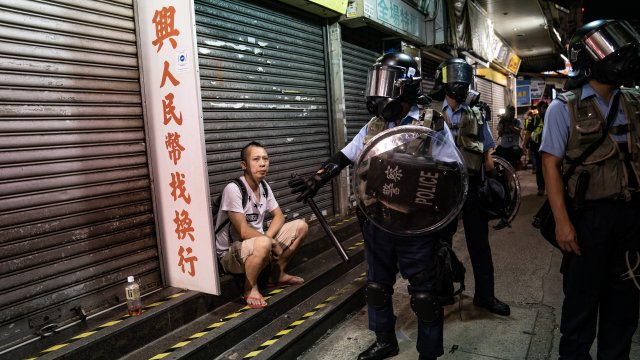 Hong Kong's business world is getting increasingly caught up in the ongoing pro-democracy protests surging through the city.

Rupert Hogg, CEO of Hong Kong's main airline Cathay Pacific, abruptly resigned on Friday after saying he would "take responsibility" for the airline's recent "challenging weeks." The company recently fired two employees who were involved with Hong Kong's protest movement — reportedly after facing pressure from Beijing to do so.

Cathay Pacific's parent company, Swire Pacific, has condemned the demonstrations as "illegal activities and violent behavior." But some businesspeople in the city are more subtle about their stance on the protests. Wealthy magnate Li Ka-shing called for an end to the violence Friday without putting the blame on either protesters or Hong Kong's government. 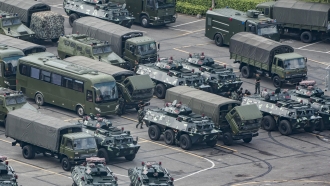 Economic disruption from the protests, which have persisted since early June, is one of several factors weighing down Hong Kong's economy. The city's stock market has lost $600 billion in value since the demonstrations began; Bloomberg reports Li's personal wealth has shed 12% in the downturn.

The protests are one factor among several, including the U.S.-China trade war, contributing to fears of a looming recession in the region. Hong Kong's government says it is preparing a $19.1 billion wave of tax cuts and subsidies to help weather the economic storm.