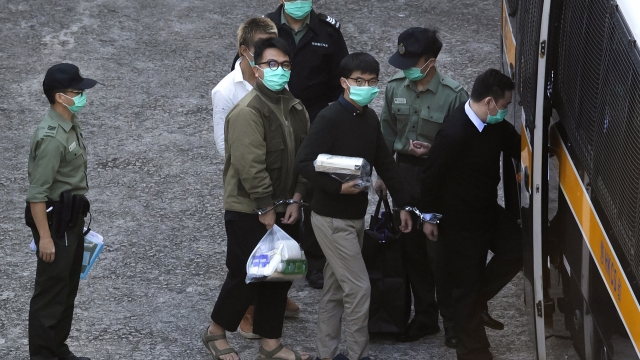 A trio of pro-democracy activists in Hong Kong were sentenced today for their roles in a 2019 anti-government protest.

All three had faced up to three years in prison.

Their sentencing comes as China has been increasingly cracking down on opposition in Hong Kong.