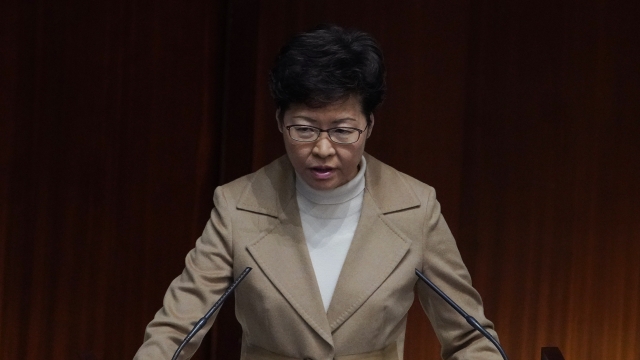 Hong Kong is postponing its upcoming legislative council elections by a year amid a surge in coronavirus cases in the region.

Those elections were originally scheduled to take place on Sept. 6. But now they'll happen on Sept. 5, 2021, according to leader Carrie Lam, who invoked emergency powers to move the date. She said China's central government stands behind her decision.

Hong Kong previously appeared to have its coronavirus outbreak under control, reporting very few or even no new daily infections for weeks at a time. But the region started recording more and more new cases in July, including 121 new infections on Friday.

Lam warned earlier this week that Hong Kong is on the verge of a "large-scale community outbreak" that could lead to the collapse of its hospital system.

But critics say the decision to postpone the elections is part of an ongoing political crackdown on opposition groups. Hong Kong authorities most recently barred 12 pro-democracy candidates from standing in the elections, saying they were disqualified because they had pushed for Hong Kong's independence, solicited intervention from foreign governments and objected to the new national security law that recently went into effect.