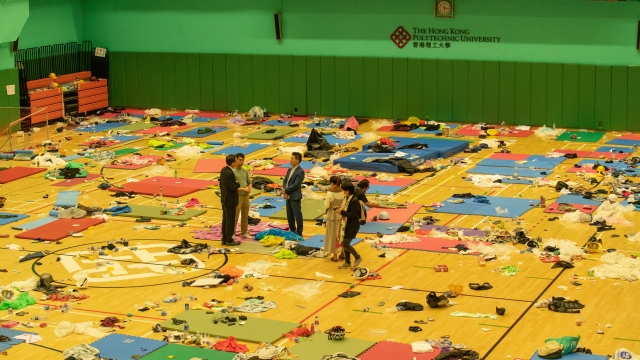 The standoff between police and protesters at Hong Kong Polytechnic University appears to be over. All remaining demonstrators have left the campus.

University faculty and staff went around the campus Tuesday and Wednesday, checking dorms and common areas to ensure all protesters were gone.

Anti-government demonstrators set up a heavily fortified camp on the university campus in mid-November. The group, armed with bows and arrows and gasoline bombs, clashed with riot police, who responded with tear gas, water cannons and rubber bullets.

Hundreds of the protesters left when police let people under 18 years old leave without fear of arrest. Others were detained while trying to flee or driven back by tear gas. Over 1,100 people were arrested. Police say teams will now work to clear hazardous materials left by protesters, and university staff will work to restore the and reopen the campus.

As CNN reports, the Cross Harbor Tunnel, a major link connecting two sides of the region, was reopened to traffic Wednesday. Hong Kong officials say 800 workers had to clear over 8,400 pounds of debris before it could be reopened.

Protests elsewhere in Hong Kong have calmed after demonstrators scored big in the recent district council elections. Pro-democracy lawmakers now control 17 of the city's 18 district councils. But the calm isn't projected to last long. A "Thanksgiving rally" is planned for Thursday, and a march is scheduled for Sunday.