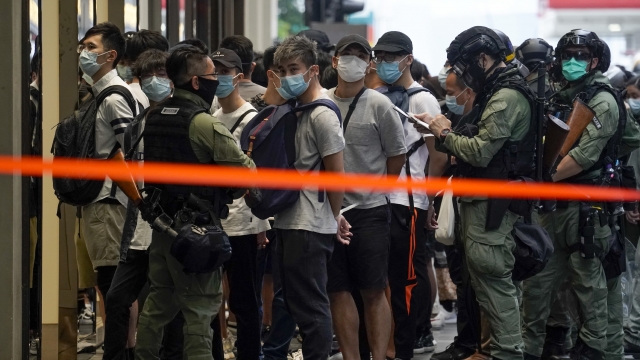 Anti-government rallies in Hong Kong were refreshed after China imposed a national security law on the city which went into effect in June.

In Hong Kong, police are patrolling the streets to make sure no anti-government activity takes place on China's National Day.

The holiday celebrates China's founding but has become a day of protest for activists opposed to Beijing's authority over the semi-autonomous city.

A small protest reportedly took place in a shopping district, but demonstrators were outnumbered by police.

Anti-government rallies in Hong Kong were refreshed after China imposed a national security law on the city which went into effect in June.