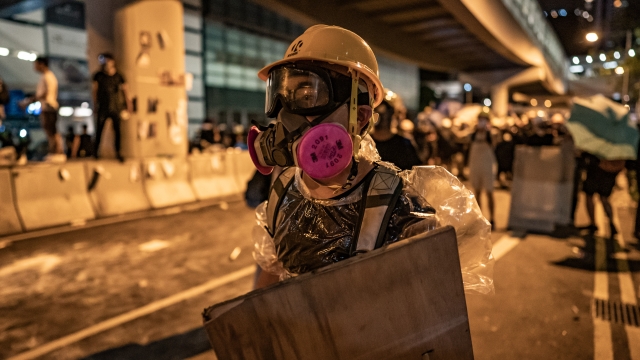 Hong Kong police arrested and charged at least a dozen protesters and are looking for others that stormed the city's legislature.

On Monday, hundreds of thousands of protesters marched peacefully in the city against a controversial extradition bill. Critics say the legislation could undermine the city's semi-autonomous legal system.

Later that night, a few hundred, mostly young people, broke in and vandalized the Legislative Council building. It also happened to be the city's 22nd anniversary of its return from British to Chinese rule.

Hong Kong's top official Carrie Lam announced she wants to meet with students to talk about the ongoing protests. According to Reuters, a spokesperson for Lam said she "has recently started inviting young people of different backgrounds for a meeting, including university students and young people who have participated in recent protests.” Lam said she's paused the bill, but protesters say they want her to fully withdraw it from consideration, and they also want her to resign.

The student union at the Hong Kong University of Science and Technology has already turned down the offer because Lam wants to conduct a closed-door meeting. The union wants the meeting to be open to everyone.