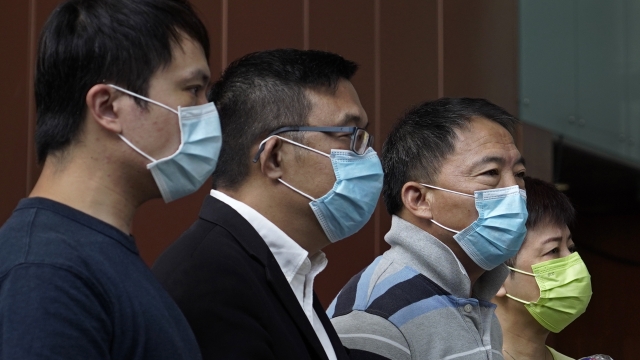 Hong Kong police arrested 16 people, including two pro-democracy lawmakers, for attending anti-government protests last year. Last July, a group of more than 100 men dressed in white attacked protesters and passengers at a subway station. One of the lawmakers was injured during the attack, which opposition groups say was done with the support of police.

Senior police officials denied the accusation of collusion, saying the protesters escalated matters by live-streaming the attack. Opposition groups criticized that response, saying today's arrests were revenge for lawsuits brought against the police.

One pro-democracy lawmaker who was not arrested said at a news conference, "(They’re saying that) if we think you are a criminal, we’ll arrest you and we don’t need any particularly good reason at all ... we can say what we want to say because we are the law."

China has increased its crackdown on the opposition in the semi-autonomous city following passage of a new national security law. It went into effect in June and is supported by Hong Kong's government.

Authorities said that law aimed to tackle subversive, secessionist and terrorist activity in the city, but critics argue it's there to effectively squash dissent. Activists have been arrested and some candidates have been barred from running in the next election.

Hong Kong city officials have said the law is necessary in the wake of last year's pro-democracy rallies, which were sometimes violent. Police have reportedly made more than 9,000 arrests since the protests began last June.