Hong Kong Really Wants To Get Rid Of Its Ivory Trade 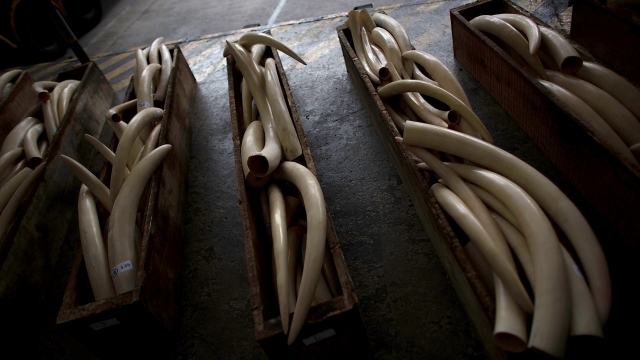 One of the largest ivory trading markets in the world is on its way to being shut down.

The Executive Council in Hong Kong has approved a three-point plan to phase out the city's local ivory trade by 2022.

Hong Kong is a hotbed for ivory trade and has a strong link to the poaching of African elephants.

The first step of the plan is a ban on the import and re-export of hunting trophies and certain ivory carvings. It will go into force "immediately" when it's enacted.

Step two will ban the import and re-export of pre-convention ivory: That's ivory acquired before an environmental trade treaty went live in the '70s.

That step will start three months after the bill goes into effect.

The third step is a total ban on the commercial sale of ivory. Officials think this phase will be done by 2022.

One official said the measure will show the international community how serious Hong Kong is about curbing illicit trade.

The Legislative Council still needs to approve the plan.