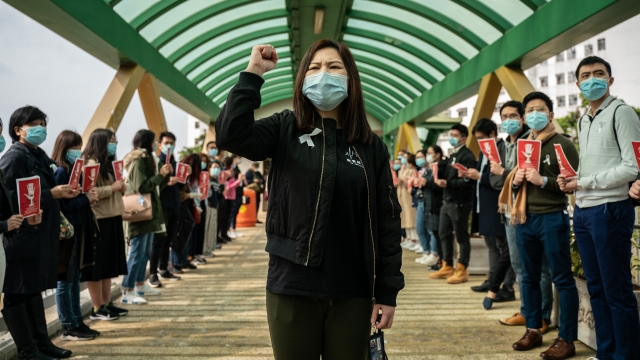 Hong Kong is planning to pay its residents — in cash — in hopes of reviving its economy in a time of crisis.

The territory of 7.5 million people has been rocked by anti-government protests over the past year. Now the coronavirus has killed more than 2,700 people in neighboring mainland China. That's stirring fears and deepening economic fallout in Hong Kong, which has reported 89 virus cases and two deaths.

To respond to the dual challenges, Hong Kong's government is proposing cash payments of 10,000 Hong Kong dollars to every adult resident. That's about $1,300 each in U.S. currency.

Financial Secretary Paul Chan explained the reasoning in a speech Wednesday. He said the territory's social upheaval — and mounting Coronavirus fears — "have dealt a heavy blow to Hong Kong's economy," and he thinks an infusion of money could help.

"We are facing an economic setback and overwhelmed by a heavy atmosphere. After careful consideration, I have decided to disburse $10,000 to each Hong Kong permanent resident aged 18 or above, with a view to encouraging and boosting local consumption on the one hand, and relieving people's financial burden on the other," Chan said.

The former British colony, a semi-autonomous part of China, is facing a deepening recession. In total, the government plans to pump $15.4 billion in stimulus into its economy. That includes the cash payments, payroll tax breaks for workers and additional financial assistance for businesses.