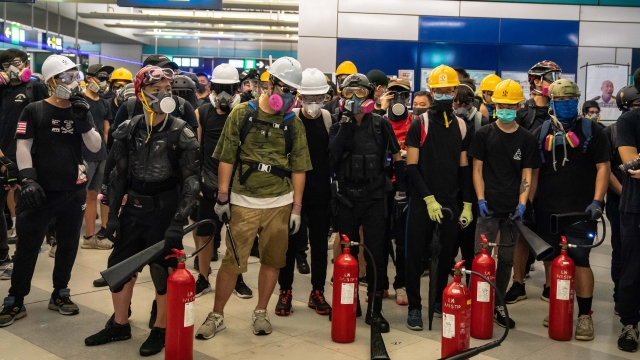 Protests in Hong Kong have been going on for months. On Wednesday, a railway station was the site of a silent sit-in. The event was meant to mark the one-month anniversary of a peaceful protest that turned violent when mobs linked to local organized crime attacked demonstrators.

Wednesday's sit-in turned chaotic as some of the protesters made barricades of trash cans and vending machines, anticipating an attack from riot police. But, the police stayed outside and left them alone.

Chinese state media accused Mass Transit Railway of supporting the pro-democracy protesters and letting them escape on trains for free. MTR responded with a tough stance on future protests, saying it will stop train service and close stations if any violence or vandalism occurs. It also defended sending trains, saying it's done "in response to police actions to disperse the crowds."