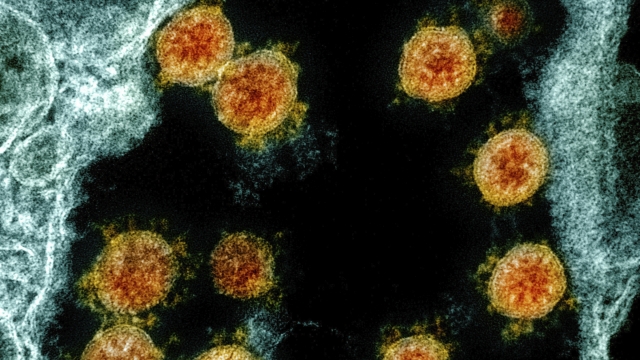 SMS
First Confirmed Case Of COVID-19 Reinfection
By Lindsey Theis
By Lindsey Theis
August 24, 2020
A 33-year-old man who first contracted COVID-19 in March got the virus again four and a half months later while traveling.
SHOW TRANSCRIPT

Scientists in Hong Kong are reporting the first confirmed case of Covid-19 re-infection, but experts say that it's a good thing.

"What we are learning about infection is that people do develop an immune response,” Dr. Maria Van Kerkhove, COVID-19 Technical Lead at the WHO Health Emergencies said.

The reinfected patient is a 33-year-old man who first contracted COVID in March. Four and a half months later he got the virus again while traveling in Europe.

Experts say this re-infection isn’t a bad development though. For one, in the second infection, the man didn’t show symptoms.

"That's what you want from a vaccine," Dr. Paul Offit, professor of pediatrics at Children's Hospital of Philadelphia said.

Offit was involved with the creation of a vaccine for a different virus, rotavirus. He said that natural infection could reduce the severity if someone was to get re-infected.

"What you want to do either with natural infection or with the vaccination is keep people out of the hospital and keep them from dying. And so that was very good news, actually, that case," he said.