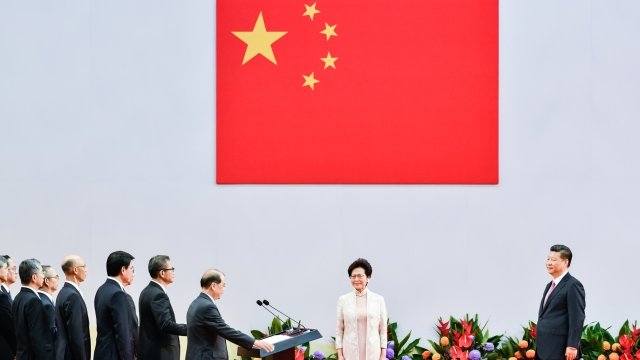 By Andrea Gonzales
October 10, 2018
The tobacco industry has taken a hit as officials across the globe have enacted stricter regulations on vaping devices.
SHOW TRANSCRIPT

Hong Kong is looking to completely ban electronic cigarettes in the Chinese territory.

Leader Carrie Lam proposed the ban in a policy address Wednesday, saying quote "We have to do what’s right for young people’s health."

The legislation will reportedly prohibit the sale, import, distribution, manufacture, and advertisement of the use of e-cigarettes.

As the the demand for cigarettes declines, the Associated Press reports the largest producer and consumer of tobacco products continues to be mainland China.

The number of smokers has gone down since Hong Kong banned smoking in public places like restaurants and bars, and the mainland has since followed suit.

The tobacco industry has taken a hit as countries across the globe have put stricter regulations on vaping devices, according to Bloomberg. More than two dozen countries have banned the use of e-cigs. The U.S. launched a $60 million education campaign after data showed a "disturbingly sharp rise in the number of teens using e-cigarettes."