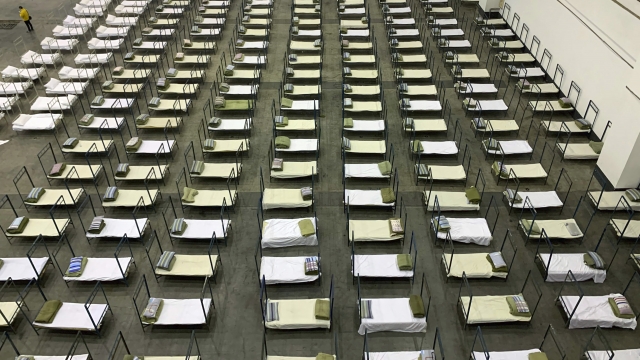 Thousands of hospital workers in Hong Kong are on strike, demanding the border with mainland China be shut down in an attempt to stop the spread of the coronavirus.

The Associated Press reports the region saw its first coronavirus death on Monday, and China reported 65 new deaths, its deadliest day so far. The country has over 20,000 cases compared to Hong Kong's 17 confirmed cases.

Hong Kong leader Carrie Lam said some critical operations including cancer treatment and newborn care were cut over the strike. Workers say they are running out of equipment needed to combat the virus. Over 7,000 workers joined the strike Tuesday.

But Hong Kong authorities say closing the border goes against what the World Health Organization has recommended. A handful of crossings remained opened Tuesday.

Strikes are planned for the rest of the week.

Additional reporting by Ken Moritsugu of the Associated Press.