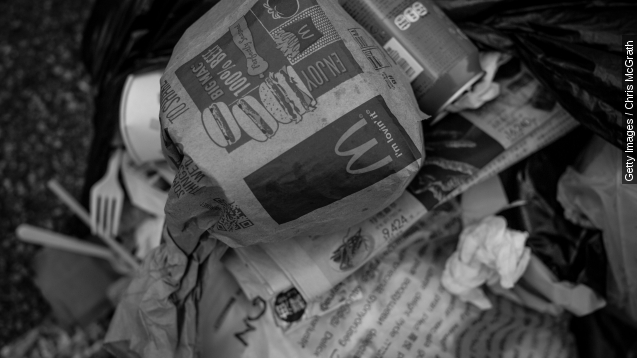 SMS
Hong Kong Group Uses DNA To Reveal, Shame Litterbugs
By Cliff Judy
By Cliff Judy
May 21, 2015
Hong Kong Cleanup and an ad firm hired a lab to test the DNA left on litter and then projected a digital image of what the culprits might look like.
SHOW TRANSCRIPT

The city has a well-documented littering problem with much of the trash ending up on its coastline and even a law threatening a $1,500 fine for anyone caught leaving their litter on the ground. (Video via YouTube / Dante Archangeli)

Enter a new campaign from Hong Kong Cleanup to publicly shame litterbugs. They collected discarded cigarettes, coffee cups left on public plant displays and ... yes, that's a condom. The link between all these pieces of trash? DNA the litterers left behind. (Video via Hong Kong Cleanup)

The result? On Earth Day, Hong Kong Cleanup posted the images of the litterers' faces on digital billboards in the same location where the environmentalists found the trash.

This isn't exactly unprecedented. Police have used DNA from discarded trash for years to solve crimes under a legal precedent called "abandoned DNA."

In the month that followed, the shaming ad-campaign's received extensive media coverage and headline after headline — something Hong Kong Cleanup continues to revel in.

The attention is certainly well-timed. Hong Kong Cleanup estimates the city produces 6 million metric tons of trash a year and has its annual cleanup challenge the second week in June. To date, the group says it's picked up more than 17 million pieces of trash.