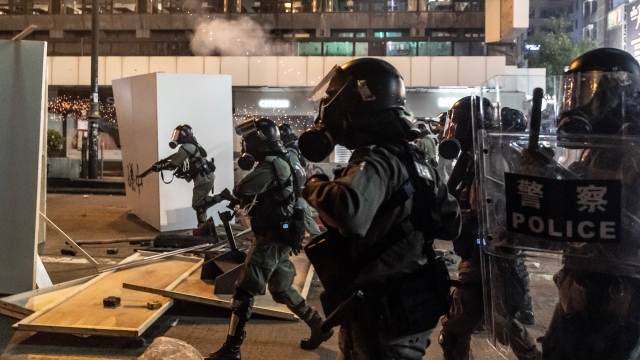 After months of ongoing protests, Hong Kong is entering a "technical recession."

In a statement, Financial Secretary Paul Chan said the region has seen two quarters of economic decline. A recession is generally defined as just that. He said, "The blow to our economy is comprehensive."

Chan said it's not looking like Hong Kong will reach its forecasted 0 to 1% annual economic growth. Tourism has dropped 37% year over year for the third quarter, a figure he called "an emergency." Retail stores have been forced to close amid protests, which sometimes last entire days.

Last week demonstrators succeeded in getting Hong Kong leader Carrie Lam to withdraw a controversial extradition bill. But protesters are still demanding an independent inquiry into police conduct, universal suffrage, amnesty for protesters who have been arrested, and an end to characterizing demonstrations as "riots."

Hong Kong is expected to release its third-quarter economic growth report on Thursday. But Chan says the only way to fix the economy is to "stop the violence...and let the society recover as soon as possible."