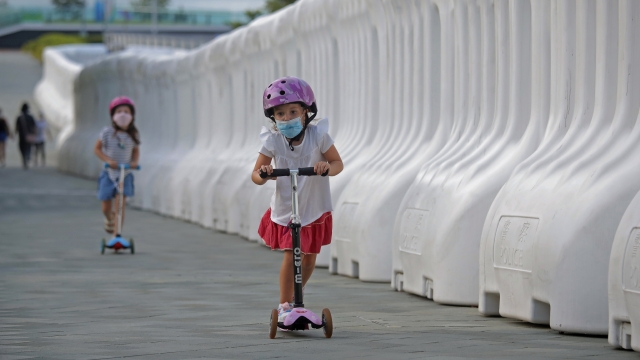 By Adam Elrashidi
September 8, 2020
Hong Kong plans to ease safety restrictions Friday and is exploring a "travel bubble" that would include Japan, Thailand, South Korea and Australia.
SHOW TRANSCRIPT

Hong Kong is expected to relax some of its social distancing measures Friday. The semi-autonomous city is in talks with several countries about a so-called "travel bubble."

Hong Kong will allow groups of four to dine at restaurants or mingle at other entertainment venues. And the potential "travel bubble" would include people from 11 countries.

Travelers within the bubble would agree to being tested for COVID-19 on both ends of the journey. Hong Kong's travel shortlist includes: Japan, Thailand, South Korea and Australia. Not included are the U.S. and Canada.

The upcoming changes come amid declining rates of infection in the city and a government-sponsored mass-testing scheme. If conditions remain favorable, Hong Kong plans to continue reopening public venues in the coming days. It also hopes to resume in-person classes starting September 23.