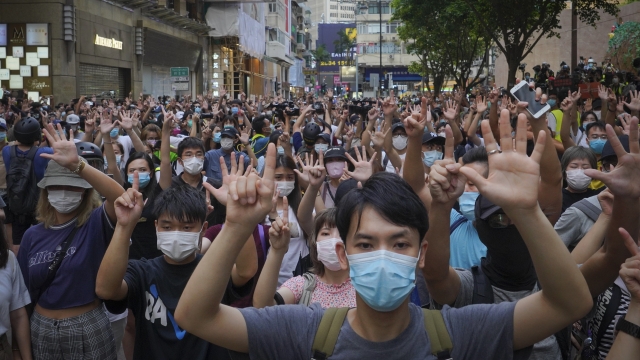 The U.K. says British National Overseas passport holders in Hong Kong will be able to apply for a special U.K. visa in January.

The British government said Wednesday these passport holders and their immediate family members will be allowed to come to the U.K. to work and study for several years.

The move is a response to China imposing a new national security law that critics say strips Hong Kong of its autonomy and goes against the city's "one country, two systems" agreement with Beijing.

In July, Britain said it was extending a path to citizenship to nearly 3 million Hong Kongers eligible for the British National Overseas passport. Originally, they were allowed to stay in the country without a visa for six months. Now they'll be allowed to live and work in the U.K. for five years, and after that they can apply for settled status and then for citizenship.

China's foreign ministry has said the move violates international law. But Britain's home secretary said the U.K. is keeping its promise to Hong Kong residents "to uphold their freedoms." Beijing has warned Britain to stay out of internal matters.