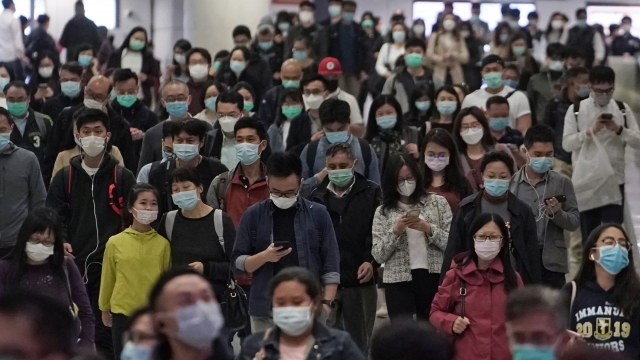 SMS
Hong Kong Bans All Nonresidents Over Coronavirus Outbreak
By Katherine Biek
By Katherine Biek
March 23, 2020
According to the government, at least four people have died from the virus in the city and more than 350 are infected.
SHOW TRANSCRIPT

Hong Kong is stepping up its preventive measures to try to stop the spread of the coronavirus.

Leader Carrie Lam is banning all nonresidents from entering the city beginning Wednesday.

Lam also said anyone returning from Macau or Taiwan is now subject to the city's mandatory 14-day quarantine. Visitors to those locations were previously exempt from the order. Hong Kong is also halting all airport transit services.

Hong Kong saw a spike in confirmed coronavirus cases in the past week as a large number of residents returned to the city from overseas. According to the government, at least four people have died from the virus in the city and more than 350 are infected. About 100 have recovered.

Aside from the new travel restrictions, Lam announced Monday that lawmakers will introduce legislation to ban restaurants and bars from selling alcohol in an attempt to promote social distancing. She said about 8,600 establishments will be affected by that change.