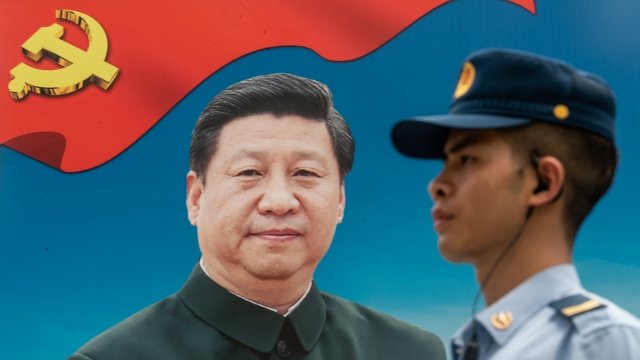 A controversial speech by a pro-Hong Kong independence activist went ahead as planned on Tuesday despite government pressure and protests against it by pro-China groups.

The activist, Andy Chan, is the founder of the Hong Kong National Party, which advocates for the territory's separation from China.

During his speech, Chan described China as an empire, and said, "By virtue of its historical, geographical and cultural difference, Hong Kong is a truly separate entity."

In a statement, China's Ministry of Foreign Affairs called Chan's speech an "abuse of freedoms of press and speech." It also accused Hong Kong's Foreign Correspondents Club, which hosted the event, of endorsing his views.

Hong Kong police have called for the government to ban the party, citing national security concerns. Chan reportedly has until Sept. 4 to respond to the police's accusations.