Honduras' Unsettled Election Has Led To National Unrest And Violence 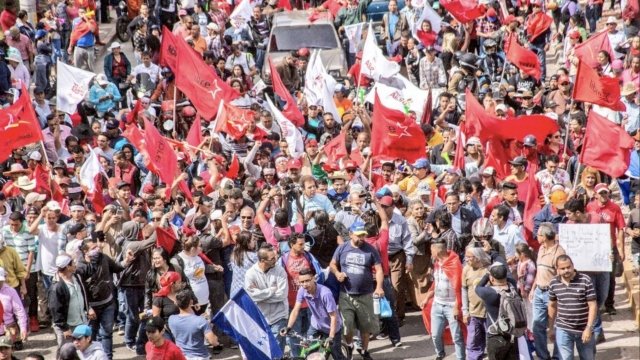 SMS
Honduras' Unsettled Election Has Led To National Unrest And Violence
By Ethan Weston
By Ethan Weston
December 15, 2017
Opposition parties in the country are calling for an annulment of the election.
SHOW TRANSCRIPT

Ever since its Nov. 26 elections, Honduras has seen constant and widespread protests.

On Friday, the Honduran National Human Rights commissioner said 16 people were killed when protesters clashed with police. Since protests started last month, over 1,600 people have been arrested.

The protests began after opposition parties refused to accept the vote counts coming out of the country's electoral tribunal. Those parties believe incumbent President Juan Orlando Hernández may have rigged the vote.

And it did look like Hernández was on his way to losing. Opposition candidate Salvador Nasralla was ahead by nearly 5 points when the electoral tribunal took a break for over a day. When they came back, Hernández slowly began to overtake Nasralla.

Until 2015, Hernández wouldn't even have been allowed to run for re-election — the country's constitution said the president couldn't run for another term. But in 2015, a Supreme Court largely hand-picked by Hernández overturned that article. 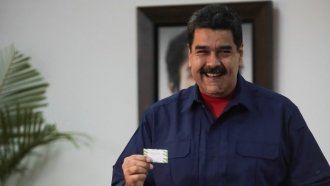 The electoral tribunal said a partial recount reaffirms the official results, but the Organization of American States has said a completely new election might be necessary if "irregularities" in the election were bad enough.

And the opposition parties have called for a complete annulment of November's election. The tribunal has until Dec. 26 to declare a final winner.