Honduras Is Not Planning To Sign 'Safe Third Country' Deal With U.S. 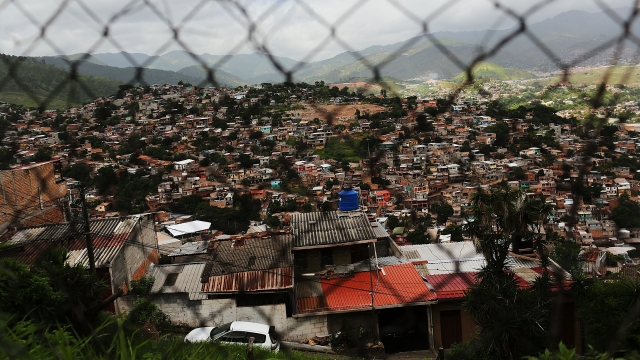 Honduras is talking to the U.S. about migration. But the country's foreign minister says that doesn't mean Honduras is going to sign any so-called "safe third country" agreement.

Under such an agreement, Central American migrants journeying through Honduras en route to the U.S. would be forced to apply for asylum in Honduras instead.

The minister's comments came the same day Buzzfeed News reported the White House is looking to nail down safe third country deals with both Honduras and El Salvador before September is over.

The Trump administration's already persuaded Guatemala to sign an asylum agreement. But the deal still needs to be ratified by Guatemala's legislature, and the U.N. needs to certify the country as a "safe third country."

And the chances of it doing so are slim, since a safe third country has to meet several conditions. On the most basic level, asylum-seekers can't be at risk of serious harm or persecution in that country, and they can't be forced to go back to their home country where they might be persecuted. But beyond that, the country must adhere to a 1951 U.N. convention outlining the treatment of refugees — including that refugees must have access to work, social services and education.

And if Honduras were to consider signing a deal, it would run up against the same challenges. U.S. travel advisories for both countries currently warn that "violent crime, such as armed robbery and murder, is common."

Mark Morgan, the acting commissioner of Customs and Border Protection, told reporters Monday that beyond Honduras and Guatemala, the administration is discussing possible deals with Mexico, El Salvador and Panama.