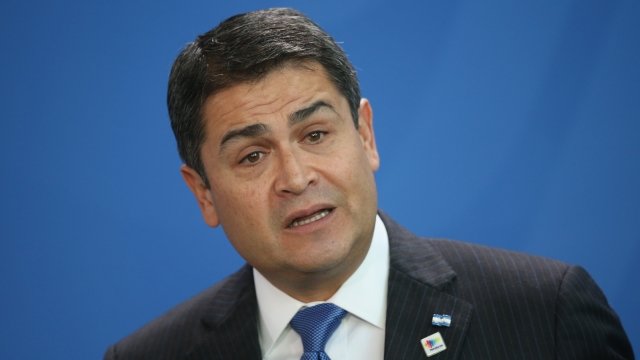 The Organization of American States is calling for a new presidential election after Honduran President Juan Orlando Hernández was declared the winner Sunday.

Newsy previously reported that Honduras has seen widespread protests since the Nov. 26 election. At least 17 people have died in protests.

It's unlikely that unrest will diminish now that Hernández has been declared the election's winner. After all, the opposition believes Hernández may have rigged the vote.

Nasralla's opposition party rejected the results in a statement to Al Jazeera. Nasralla was en route to the U.S. to meet with the State Department when the results were announced.