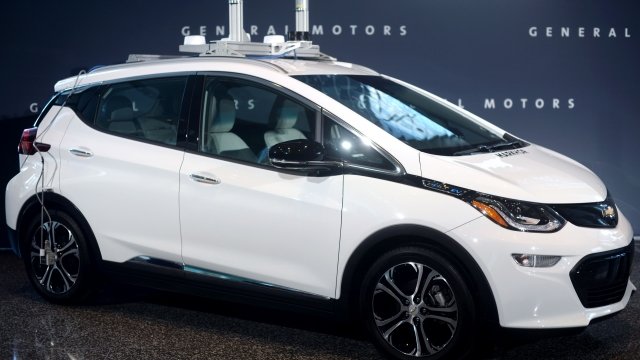 By Cristina Mutchler
October 3, 2018
Honda plans to invest $2 billion over a period of 12 years into self-driving initiatives with General Motors.
SHOW TRANSCRIPT

Two of the world's biggest automakers are joining forces to build a new self-driving car.

Honda plans to invest $2 billion over a period of 12 years into self-driving initiatives with General Motors.

They'll work on developing a fully-autonomous vehicle for GM's self-driving car unit, Cruise. The new car will be mass-produced with the intent of distributing it around the world. According to Cruise, one of the goals is to focus on the user experience.

The move comes as the auto industry adapts to a changing autonomous vehicle landscape. Some analysts predict the self-driving car trend will start to become more mainstream around 2021.

It's not clear when Honda and GM's prototype will be released for public use, but Cruise says it's looking for ways to speed up the years-long process of launching a new vehicle.

GM and Cruise are already working on putting out an autonomous version of GM's Chevrolet Bolt EV car.