Homeless Man Asking Cafe Owner For Money Gets Something Better: A Job 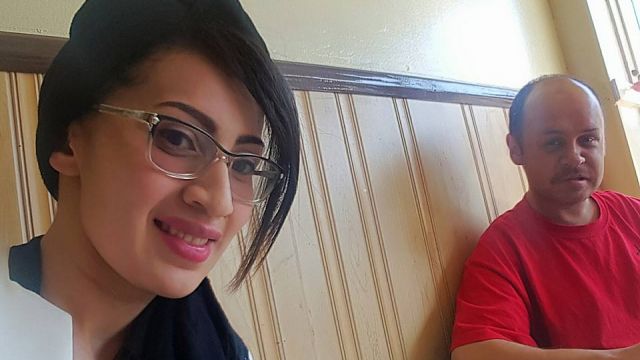 SMS
Homeless Man Asking Cafe Owner For Money Gets Something Better: A Job
By Newsy Staff
By Newsy Staff
March 29, 2016
The owner of Abi's Cafe in Minneapolis gave the homeless man a job when no one else would.
SHOW TRANSCRIPT

It's been about three weeks since a homeless man walked into a small cafe in Minneapolis looking for money. Now he's a regular employee.

Cesia Abigail, owner of Abi's Cafe, posted on Facebook that a homeless man strolled in one day asking for change.

Abigail asked why he didn't work, and the man responded that he had several felonies on his record and therefore no one wanted to hire him.

So instead of turning him away, she gave him a job washing dishes for the day.

And ever since, he's returned daily for a two-hour shift at the cafe — helping with dishes, taking out trash and more. And Abigail says he always offers to pay for his food, even though he doesn't have to.

Abigail later posted a picture to her Facebook page of the man, Marcus. She says she wants to help him find more permanent housing.

Ever since Marcus' story went viral on Facebook, Abi's Cafe has reportedly been slammed with customers — both wanting to eat and to donate after Abigail's generous act.

Abigail said on Facebook: "Do something nice for someone today and don't judge them just because they out there asking for money for we dont know their situation... some deserve another shot."