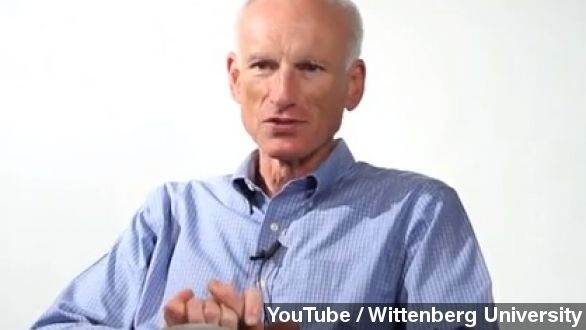 By Candice Aviles
March 23, 2014
James Rebhorn died at his home in New Jersey Friday night. The actor was 65 years old and had been diagnosed with melanoma in 1992.
SHOW TRANSCRIPT

TMZ reports Rebhorn passed away from skin cancer and says he was diagnosed with melanoma in 1992. Despite his deteriorating condition, his wife says he still wanted to work.

Rebhorn: "Well if Lawrence Nightingale over here would play a little defense."

Stiller: "Larry I missed one shot."

Rebhorn: "It was a big shot." (Via Universal Studios / "Meet the Parents")

In addition to his TV and film resume, The Hollywood Reporter points out Rebhorn also worked with the Roundabout Theatre Company. He recently starred in the show "Too Much, Too Much, Too Many."

"When I was a senior I wasn't sure exactly what I wanted to do or where I wanted to go. But because I had been so involved in theater and so involved specifically with acting I thought I would try to pursue that." (Via YouTube / Wittenberg University)

Rebhorn is survived by his wife Rebecca and their two daughters.