Homeland Security Is Trying To Mend Ties With Silicon Valley 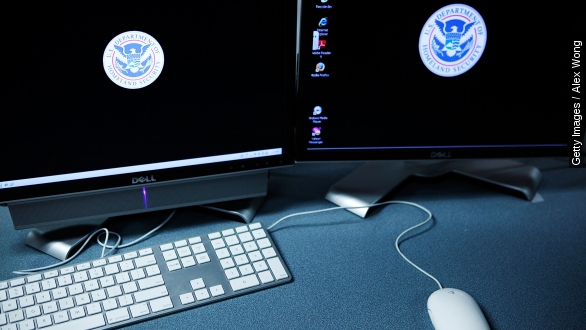 At a cybersecurity conference in San Francisco Tuesday, Homeland Security Secretary Jeh Johnson announced his department is opening a satellite branch in Silicon Valley in what he says is an attempt to fight cyber threats. (Video via U.S. Department of Homeland Security)

The new office has two other goals — strengthening relationships with tech companies and recruitment. Washington is hoping to lure the country's top tech minds away from the exciting startup culture in California. (Video via U.S. Department of Homeland Security)

But even as Johnson attempts to stop the brain drain and recruit more talent, one of his points didn't go over very well in the tech world — the call for less encryption.

In February, President Obama admitted his relationship with Silicon Valley has been strained ever since the revelation that the NSA had been collecting data about U.S. citizens in bulk. (Video via The White House)

"What is true is that the Snowden disclosures were really harmful in terms of the trust between the government and many of these companies, in part because it had an impact on their bottom lines," Obama said.

That admission came during a summit on cybersecurity. Silicon Valley CEOs and other tech experts were invited, but the CEOs of Google and Facebook snubbed their invitations, sending network security reps instead. (Video via C-SPAN)

And the CEOs that did attend defended the push for privacy.

"When we ask you for data, it’s to provide you with better services — and even then you're in the driver's seat about how much information you share, and when you want to stop sharing it," said Apple CEO Tim Cook.

So it's a safe bet Johnson's speech calling for more cooperation with the tech industry — and at the same time calling for less encryption — will probably get a lukewarm reception.

One Google engineer responded, "Does no work for you?" That sentiment was pretty common on Twitter.

And the CTO of Contrast Security told TechCrunch, "Frankly the cat is out of the bag on secure encryption,” as more consumers turn their attention to privacy and encryption.