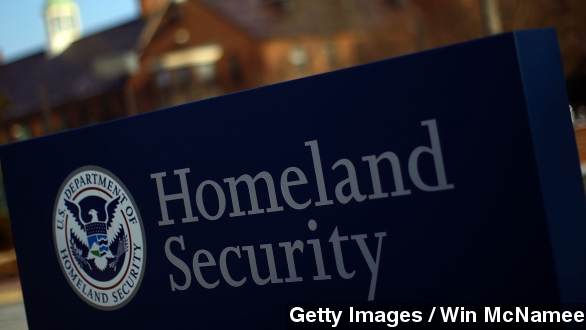 The House failed to pass a spending bill Friday that would have kept the Department of Homeland Security funded for the next three weeks so congressional leaders could work out a more permanent solution.

Now the department's only option is legislation just passed by the Senate. It would keep the department funded through September and avoid a shutdown at midnight Friday. That $40 billion spending bill is awaiting a vote from the House.

It does not contain restrictions that would undo President Obama's actions on immigration, which have divided Congress.

"Today our immigration system is broken," said President Obama in a November address.

Republicans have been vocally opposed to President Obama's executive order from November, which removes the threat of deportation for approximately 4.7 million undocumented residents.

Restrictions that would undo that order have been attached to previous spending bills from the Republican-controlled House. However, Senate Democrats have blocked those restrictions from going through.

It is a bit surprising that the House bill failed because the Republicans hold the majority in that body and the bill would have allowed more time to fight Obama's actions.

House Speaker John Boehner has been adamant the House won't budge on the issue without changes to the immigration policy.

"And you're prepared to let that happen?" Wallace asked.

Now the Senate's bill is the only option to keep the department funded. If it doesn't pass through the House by midnight, only essential employees will continue working without pay until the issue is resolved. The vast majority of DHS employees are considered essential.