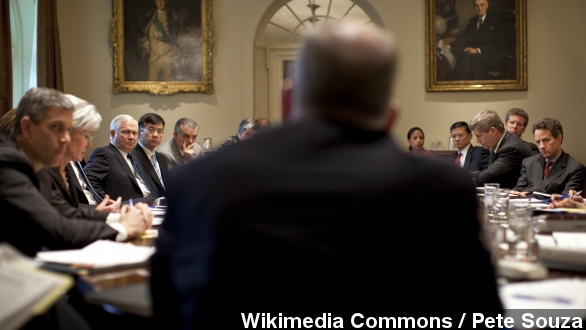 ​Budget cuts have forced the Department of Homeland Security to ground some air marshals on domestic flights.

That's according to an internal email obtained by CNN. The ranks of air marshals, or plain-clothed police officers assigned to protect commercial flights, have taken hits over the past three years.

Now, we should note, according to Homeland Security these were losses through attrition, not direct cuts. So basically, Federal Air Marshals who left the job voluntarily or through retirement simply weren't replaced.

Still, the end result is fewer air marshals because of a $150 million funding cut. But CNN notes the email does not say how many marshals are out. (Via U.S. Department of Homeland Security)

"Workforce numbers are kept secret, that's for security reasons. When we asked how many air marshal positions have been eliminated, the Department of Homeland Security would not comment." (Via CNN)

Homeland is also expected to close six of 26 offices over the next three years and freeze hiring.

WFTS has his response: ​"Air Marshal Bray says existing personnel will be reassigned to other offices and they plan to use attrition to to also reduce the workforce. With that he says, 'The closures will not adversely impact our ability to maintain coverage on flights.'"

John Adler, the president of the National Federal Law Enforcement Officers Associations, disagrees, saying this drills holes in the secure skies. He told CBS News, "It creates an unnecessary air travel vulnerability that may create opportunities for criminals to exploit."

Before the terrorist attacks on Sept. 11, the air marshal service only contained about 40 officers but grew exponentially after the event.

Critics, including some air marshals, say the service has historic periods of influx and cuts. Since its payroll remains a secret, it allows the government to cut the workforce without acknowledging it. This is reportedly what happened in the years leading up to Sept. 11, 2001.

The offices that will close by 2016 include San Diego, Tampa, Pittsburgh, Phoenix, Cleveland and Cincinnati. Hiring has been frozen in Las Vegas, Seattle and Denver.