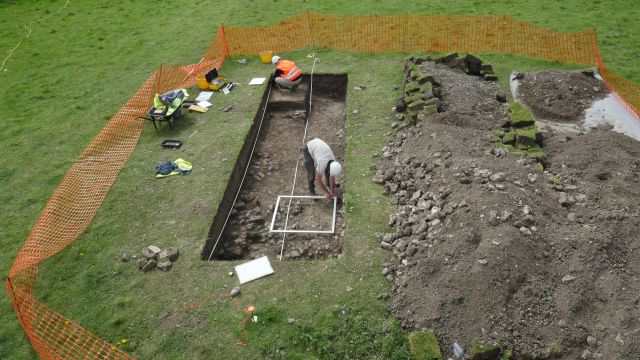 SMS
Home Renovation Leads To Accidental Discovery Of A Rare Roman Villa
By Newsy Staff
By Newsy Staff
April 17, 2016
Luke Irwin, a rug designer from Wiltshire in the U.K., was trying to install lighting when he struck something hard underground.
SHOW TRANSCRIPT

It's not every day someone stumbles upon a thousands-year-old piece of history. It's even more rare for such a discovery to be so well-preserved and important.

Last year, Luke Irwin, a rug designer from Wiltshire in the U.K., was trying to install lighting for casual games of pingpong when he struck something hard underground.

"What has been revealed is this mosaic floor," Irwin said.

The mosaics Irwin discovered weren't just works of art; they were much, much more.

"From the geophysics we've laid out, these are essentially the demolished or collapsed wings of a Roman villa," Dr. David Roberts said.

The Independent reports the items found were of such high class that it's possible the villa belonged to a Roman emperor at one time.

Historic England, the government agency helping excavate the site, said it could be one of the largest villas ever found in the U.K. Experts told The Guardian the find is of "national significance."