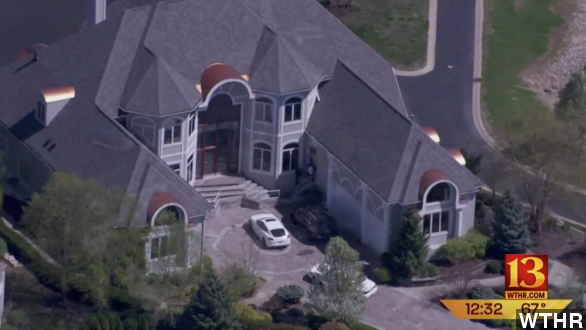 Police say the home of Indiana Pacers' player Paul George was burglarized of thousands of dollars of items Monday all while he was playing in an NBA playoff game. (Via  ​WRTV)

George, small forward for the team, was playing in a home game against the Atlanta Hawks earlier in the evening. The Pacers lost the game, but it appears George might have lost much more.

ESPN reports among the $16,000 in stolen items, the main loss was a $15,000 diamond-covered All-Star ring — one George received while playing in the 2014 All-Star game in New Orleans back in February.

According to The Indianapolis Star, other stolen items included a $700 watch, shoes and $20 in cash.

George shares the Indianapolis home with his parents and one roommate.

Police say there were no signs of forced entry to the home and the house's alarm system had not been turned on. George's parents say they did not lock up the house when they left that evening. (Via  WTHR)

According to police, George's parents found all the cabinets and drawers open when they returned to the home, which is located in a gated community. They also say the basement door and George's master bedroom door leading to the outside were also left open. (Via  WRTV)

George has actually been a victim of theft before.

The player posted this to his Twitter profile in October 2012. Someone apparently swiped George's tires along with expensive rims.

Police say no suspects have been identified in the home burglary, and the investigation is ongoing. But the moral of the story — lock your doors, especially when you have an NBA All-Star ring inside.