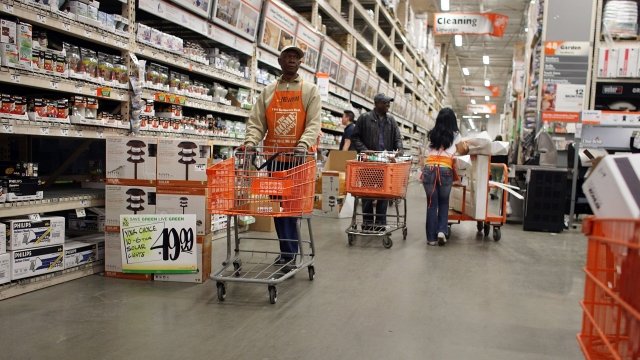 The Home Depot said Thursday it will give one-time cash bonuses to its hourly employees working in the U.S.

It sounds like the amount of the bonus depends on how long an employee has worked there. A Home Depot spokeswoman told CNBC all hourly workers will receive at least $200, while those who've been there for at least 20 years will get the maximum payout of $1,000.

The Home Depot is one of several companies that said this week they're increasing wages or handing out bonuses because of the new tax overhaul that cut the corporate tax rate.

Among those is Starbucks, which said it's hiking wages and giving stock grants to all eligible employees at its U.S. stores, plants and support centers.

And The Walt Disney Co. is handing out bonuses to 125,000 employees and starting an education program to help hourly workers pay for school.

The Home Depot will award the bonuses in the current quarter. That extra pay is on top of the "success sharing" payments the company already gives based on its financial performance.