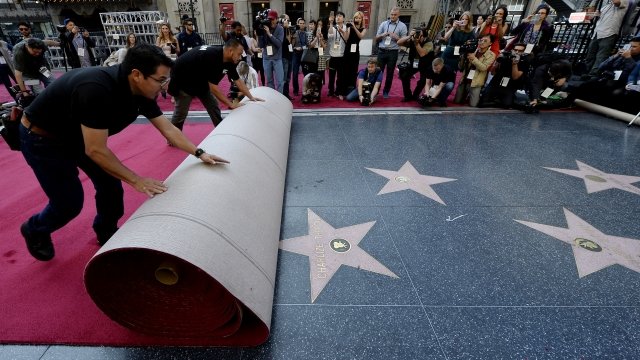 The Hollywood Walk of Fame just got a little longer after the announcement of 34 new inductees.

The Walk of Fame "Class of 2018" includes celebrities such as Mark Hamill, RuPaul Charles and Lin-Manuel Miranda, as well as fictional Disney darling Minnie Mouse.

Irwin's kids took to Instagram to celebrate their late father's achievement, as well as show their reaction to the news.

So, how does a celebrity get a star on the Walk of Fame? It isn't easy. For one thing, the nomination process is more involved than the judging process for an Oscar.

The process begins with a lengthy nomination application by a third party. The Walk of Fame committee reportedly receives an average of 200 applications a year, and the committee has less than one month to make the decision.

Celebrities who have refused stars include Hollywood heavy hitters such as Clint Eastwood, Bruce Springsteen and Julia Roberts.

Springsteen originally accepted his star, but never showed up to his ceremony. After that, the Hollywood Chamber of Commerce required nominees to attend their ceremonies, or else they forfeit their stars. Committee members have jokingly referred to the rule as the "Springsteen policy."

Another tricky Walk of Fame rule involves posthumous awards, which can only be awarded five years after the star's death. Historically, only one posthumous award is given out each year, but this year, the committee gave out two. 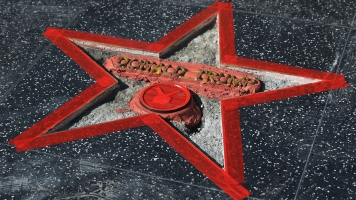 Someone Destroyed Donald Trump's Hollywood Star With A Sledgehammer

Actor and rapper Ice Cube was the most recent person to have a star ceremony. No other ceremonies have been scheduled for the near future.