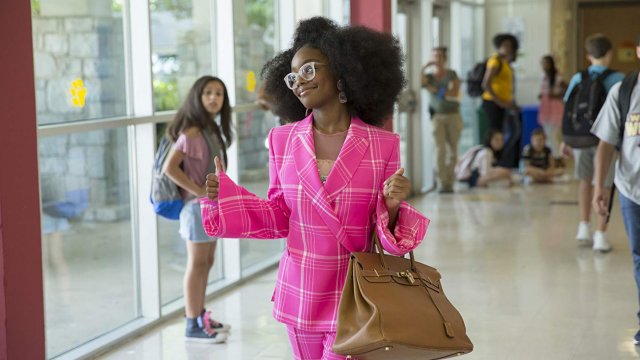 Holding on to the No. 1 spot this week is the original Captain Marvel. "Shazam!" brought in an estimated $25 million in its sophomore weekend pushing its domestic haul past $94 million.

Zachary Levi and company are also doing very well at the foreign box office. After just ten days in theaters "Shazam!" has brought in more than $126 million outside the U.S. pushing the worldwide box office total to $221 million.

Taking the No. 2 spot in its debut weekend is "Little" bringing in a solid $15 million. Not a bad debut for the youngest executive producer in Hollywood history.

"Little" carries a relatively modest $20 million budget and is now well on its way to making its money back.

1988's "Big" which served as inspiration for "Little" and "Shazam!" had an $8 million debut but eventually pushed past $150 million at the box office.

And while no one is expecting "Little" to make quite that much Universal is hoping this family comedy can serve as counter-programming to the box office behemoth barreling toward your local theater.

And finally in third place this week "Hellboy" bringing in a disappointing $12 million in its first weekend out. There were multiple box office flops this weekend but you could argue this is the biggest.

"Hellboy" cost $50 million to produce and unlike "Little" things are more than likely not getting better from here.

Along with there being several action alternatives at the box office critics are butchering this one. "Hellboy" carries a 15% rating on rotten tomatoes with 146 reviews counted.

Which seems impossible considering how charming David Harbour is — his likability alone should really be enough to keep your film above water.

As for next week, horror's favorite combo kids and demons.