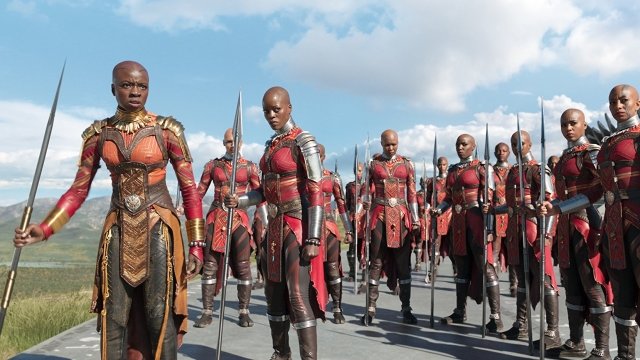 SMS
'Black Panther' Cast Shows Progress, But Hollywood Diversity Doesn't
By Cat Sandoval
By Cat Sandoval
March 1, 2018
Diversity might be good for the bottom line, but minorities are still underrepresented in film and TV, according to a new report.
SHOW TRANSCRIPT

With the box office success of "Black Panther," the critical acclaim of "Get Out" and the particularly diverse casts of the latest "Star Wars" films, it seems Hollywood is filling America's appetite for diversity.

But a recent UCLA Hollywood diversity report found women and minorities remained notably underrepresented. The study, which focused on television and film diversity from 2015 to 2016, concludes while there was progress, there were also missed opportunities.

People of color make up 40 percent of the U.S. population, yet 14 percent played film leads during that time, and 19 percent played broadcast leads. Women, who make about half the population, nabbed almost a third of film leads. Overall, women gained in production employment but fell behind in other positions, like film directors and scripted show creators.

Darnell Hunt, co-author of the Hollywood diversity report and dean of social sciences at UCLA, said: "One of the areas where we haven't seen that much progress at all is behind the camera. And this is actually the most important area because it's the directors, it's the writers, ... the producers, the showrunners and show creators who basically pitch the ideas, who come up with the premise for a TV show or movie that then lead to this whole chain of events." 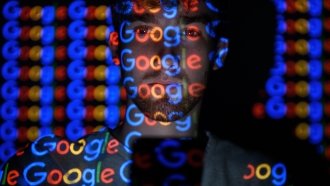 Google Lawsuits Show 'Diversity' No Longer Has One Definition

Even though the study examined data from two years ago, there is a trend. Diversity on the screen can mean a bigger bottom line. Over the years, the report repeatedly found diverse films and TV shows register the highest global box office figures and viewer ratings. Movies in 2016 with minimal diversity and where minorities make up 20 percent or less of the cast had the lowest box office figures. Another study by Creative Artists Agency found across every budget level, a film with a diverse cast outperforms a nondiverse cast in the box office.

"Bottom line: bottom line," Hunt said. "If you can tie it to revenue box office ratings, then you're going to have a much easier time convincing people that diversity is something you should pursue. The moral argument, the ethical argument, the cultural argument — those are great. But at the end of the day, that's not what the industry really cares about."

Hunt says the report not only suggests that diversity is good for industry influence-makers. "We want the public to realize that they actually do have the power and they should expect programing that reflects their realties, their culture," he said.