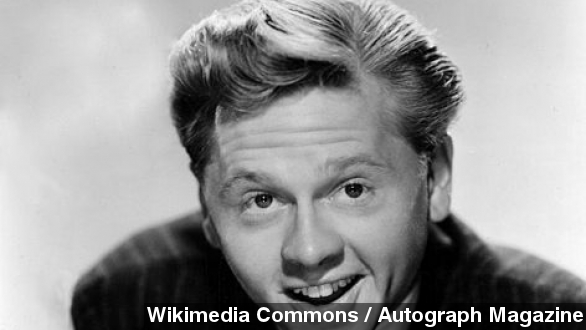 He landed his first big role as Mickey McGuire — a part he played in more than 70 short films. He then went on to play the character of all American boy Andy Hardy in 15 movies. (Via MGM / "Mickey's Wildcats", MGM / "Love Finds Andy Hardy")

“I’m going to take Polly Benedict to the party and I’m going to dump her.” (Via MGM / "A Family Affair")

After returning from World War II, he suffered a series of film flops. The Washington Post notes, "He was just over 5 feet tall, and his physical stature seemed to limit his film roles as he aged. After [the war] ... he no longer looked like a child star, and movie audiences had a hard time accepting him as anything else."

But later in life he found on-screen success in films like “The Black Stallion.” (Via United Artists / "Black Stallion")

And he took on smaller roles. In 1993, he told The New York Times, “I'm a ham who wants to be a small part of anything."

He earned four Academy Award nominations over the years, and was awarded an Oscar in 1983 for lifetime achievement. (Via Maximo TV)

Los Angeles police say Rooney's family was by his side when he died in his North Hollywood home. He is survived by eight children. (Via Wikimedia Commons / Allan Warren)