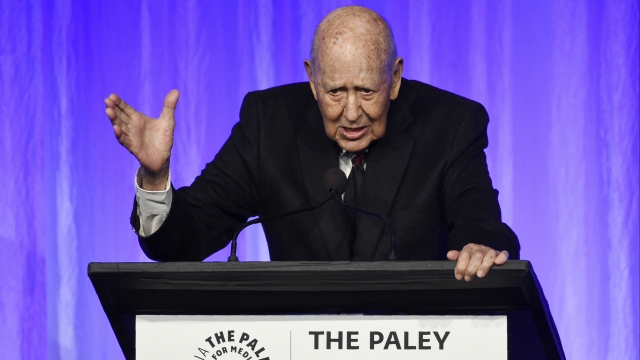 Reiner is known for a variety of projects, including creating "The Dick Van Dyke Show."

Award-winning Hollywood comedian Carl Reiner passed away Monday night at the age of 98.

Representatives for Reiner tell news outlets that he passed away at his home in Beverly Hills, surrounded by family.

An actor, producer and director, Reiner is known for having worked on numerous T.V. and film projects over the years. Most notably he is recognized for creating "The Dick Van Dyke Show." Other projects included sketch routines with Mel Brooks, directing a handful of movies starring Steve Martin and acting in the popular "Ocean’s Eleven" film series.

In addition to being a Grammy winner, Reiner had won nine Emmys over the course of seven decades and had more than 400 credits to his name.

His son, Rob, also an actor and director, tweeted: "Last night my dad passed away. As I write this my heart is hurting. He was my guiding light."