The Country Is Seeing Spikes In Prices Ahead Of Holiday Season 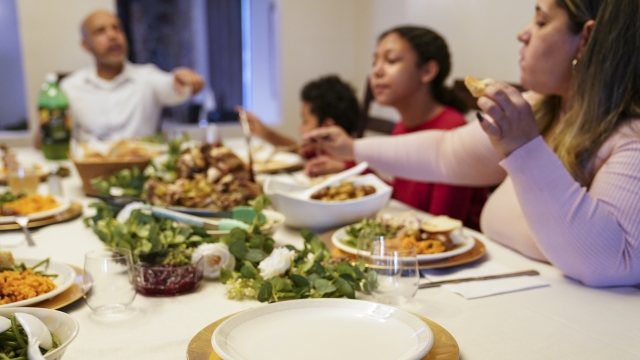 Over the last 12 months, groceries in general have risen 4.5%. Beef alone is up 17.6%, according to the Consumer Price Index.

From turkey to travel, this holiday season is shaping up to be an expensive one, including the booze.

"Make sure to get your orders in as soon as possible," said Patrick Wingate, assistant meat manager at Critchfield Meat's Family Market.

"We are seeing you know, between the combination of the cost of aluminum going up and the cost of freight going up we're looking at nearly 50% increase in the cost of our cans," Millennial Brewing Company CEO Kyle Cebull said.

Around the country, store owners are racing to stock up their shelves ahead of Thanksgiving and Christmas, while battling to keep up with price of doing so.

"Finding the turkeys was a challenge enough. Usually, it's one phone call – one and done," said Larry's Great Western Meats retail manager Julian Khoury. "It took me about a month and a half and multiple distributors to find me a farm that can supply me with enough turkeys. This is something – in the 40+ years we've been around – something we've never really done."

A Wells Fargo analysis shows turkey prices have risen 68% over the last two years. Producers blame labor shortages in the plants and higher demand by consumers.

Over the last 12 months, groceries in general have risen 4.5%. Beef alone is up 17.6%, according to the Consumer Price Index. Grocery stores are warning customers they are doing everything they can to supply them with the makings of a holiday meal.

They also warn that some traditions might need to be tweaked this year.

"The suppliers we're working with have said they're not making any pre-cooked birds," Ukrops president Scott Aronson said. "Normally ham is saved for Christmas, but maybe this year, nothing like a good Thanksgiving ham!"

The cost of getting to dinner isn't looking any better.

Gas prices are at a 7-year-high of about $3.40, according to Gasbuddy, with the highest prices out west.

"Forty-six dollars! Oh my gosh...I never spent more than $25 on a full tank until this past 3 months," driver Robert Reardon said.

So what's behind all these high prices? Reportedly a combination of supply chain delays, lack of workers, trade policies, COVID and bad weather.

"Supply and demand imbalances related to the pandemic and the reopening of the economy have contributed to sizable price increases in some sectors," Federal Reserve chairman Jerome Powell said. "In particular, bottlenecks and supply chains disruptions are limiting how quickly production can respond to the rebound in demand in the near term. As a result, overall inflation is running well above our two percent longer run goal."

For now, some say they'll just plan on adjusting their budgets, even if it means cutting back on other purchases.

"We're not going to stop," Reardon said. "We're just going to cut back on something else maybe."