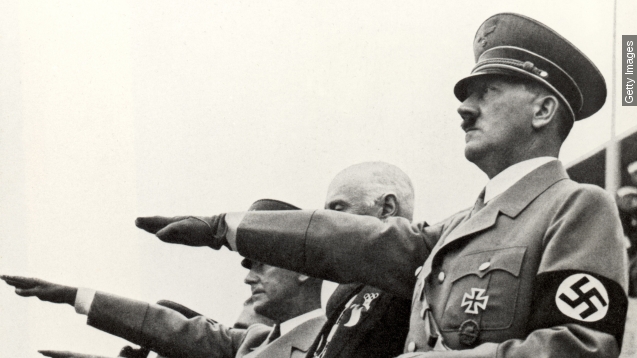 For the first time in 70 years, Adolf Hitler's "Mein Kampf" will go back into publication.

But this time, historians have added their own connotations to Hitler's anti-Semitic manifesto. The Institute of Contemporary History says its version will expose the "lies, half-truths and vicious tirades" it contains. (Video via U.S. National Archives)

The first edition of "Mein Kampf," written in 1924, was around 600 pages, but the annotated version will be nearly 2,000 pages long and sold in two volumes.

Since the end of World War II, Bavaria has held the copyright for the book and has not allowed it to be republished. But on Jan. 1, 2016, the book goes into the public domain.

The move to publish the book has drawn criticism from the Jewish community, some of whom say the work is dangerous and deserves no discussion.

But the academics publishing the book argue the ban added to the book's intrigue and say the annotated version could "demystify" Nazism. (Video via U.S. National Archives)

About 4,000 copies of the book will be produced in its initial run, and it's not clear if there will be another. Publishing "Mein Kampf" without proper annotation will remain illegal in Germany.

This video includes images from Getty Images and Glen Bowman / CC BY 2.0.