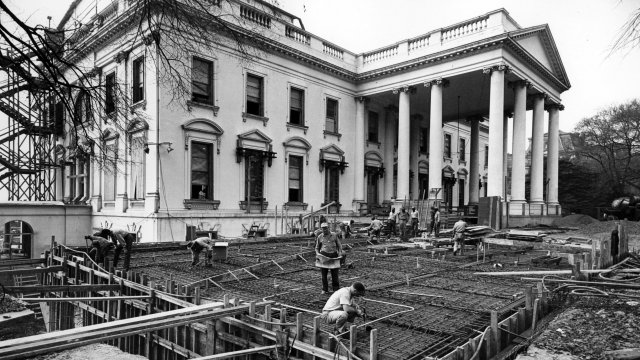 By Katherine Biek
August 7, 2017
The White House is currently getting a bit of a face-lift, but it's just one of many updates the building has had in its more than 200-year history.
SHOW TRANSCRIPT

While President Donald Trump is on vacation, the White House is undergoing some "much-needed" repairs.

These renovations — which were approved under the Obama administration — include upgrading the heating and cooling system, fixing a ceiling leak and repairing the South Portico steps.

John Adams became the White House's first presidential resident in 1800. Since then, it's had some extensive updates.

The first major reconstruction came after British troops set the White House on fire in 1814, nearly destroying it. Thanks to first lady Dolley Madison, a painting of George Washington was one of the few furnishings that survived.

The White House Historical Association says after the fire, some people considered building a new executive mansion in another location. But President James Madison said it should be rebuilt from the original plans. His successor, James Monroe, moved into the newly completed White House in 1817. 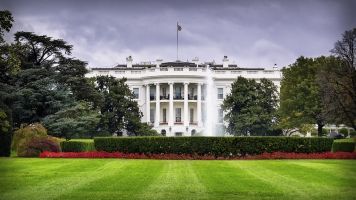 Everything You Need To Do To Tour The White House

The South and North Porticos were added in 1824 and 1829, respectively. And first lady Caroline Harrison is credited with adding electricity to the executive mansion in 1891 — though it's said the Harrisons never personally turned on a light switch for fear of getting electrocuted.

The next major renovation began under President Theodore Roosevelt in 1902. He had the West Wing added so his large family could be on the entire second floor.

When Harry Truman took the oath of office, parts of the White House were nearly crumbling. So crews gutted the interior — only leaving the outer walls — and reconstructed the entire mansion, finishing in 1952.

That was the last major renovation. Now with 132 rooms across six levels, it's no surprise the White House was due for some TLC.