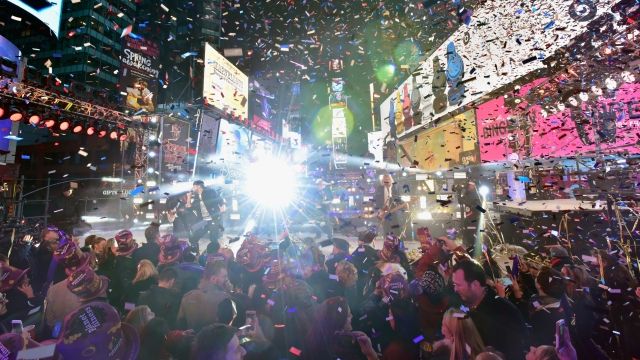 When the clock strikes midnight on New Year's Eve, there are few celebrations that top the one happening in New York's Times Square.

But when that celebration started, the iconic New Year's Eve ball wasn't even part of the merriment.

They Drop What Now? New Year's Eve Around The World

The big New Year's Eve event began in 1904. That was the year the intersection of Broadway and Seventh Avenue was renamed Times Square, after The New York Times built a new headquarters there. It had previously been called Long Acre Square.

For the first three years, Ochs shot fireworks off the top of the building to signal the new year. But in 1907, the city banned fireworks.

That's when the ball drop came in. Inspiration was drawn from the "time balls" first used in the early the 1800s to help ship captains tell time and precisely set their navigation tools while out at sea.

The New Year's Eve ball has been dropped every year since 1907 — with the exception of 1942 and 1943, because of World War II's "dimout" restrictions. Crowds instead held a moment of silence to honor the new year.

The first ball weighed 700 pounds and featured 100 light bulbs. The current one, which is permanently housed on top of the One Times Square building, weighs 17 times as much and features roughly 32,000 LEDs.