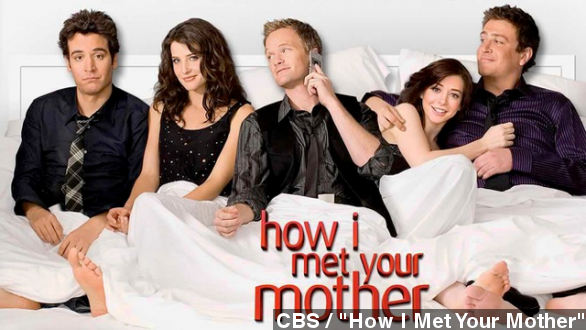 By Briana Koeneman
April 5, 2014
A producer for "How I Met Your Mother" defended the controversial series finale but also assured fans they'd have another option on DVD.
SHOW TRANSCRIPT

As "How I Met Your Mother" fans express their displeasure with the shocking series finale, executive producer Carter Bays says the show runners do have an alternate ending for the legen — wait for it — dary show. Oh, and obviously, spoilers are to come.

In the ending viewers saw Monday night, Ted reveals that the mother we've been waiting to meet for nine seasons had died six years before he began telling his two children the story of, well, how he met their mother. (Via CBS / "How I Met Your Mother")

Ted's kids then encourage him to rekindle his romance with Robin Scherbatsky, who they know affectionately as Aunt Robin. And Ted does. (Via Wikimedia Commons / Kristin Dos Santos)

The finale's surprise twist had many fans in an uproar. But that was just one of two endings the "How I Met Your Mother" producers had prepared when they shot footage for the ending nine years ago.

Bays said in a series of tweets Friday, "We only shot one script, but through edit-room magic we had two possible outcomes for the series. We chose the ending we chose and we stand by it. But we loved the other version too. We’re going to include that version on the Complete Series DVD as an alternate finale to How I Met Your Mother."

Though as TV.com points out, the alternate ending probably doesn't include any new shots or footage.

It will likely resemble the fan-edited endings that have been making their way around the Internet. (Via YouTube / Horváth Gergely)

But Bays described the second ending as "very different" from the one included in the finale. He also tweeted a photo of the DVD box set's packaging, which looks an awful lot like Barney's infamous playbook.

That major merchandise will be available for purchase this fall.