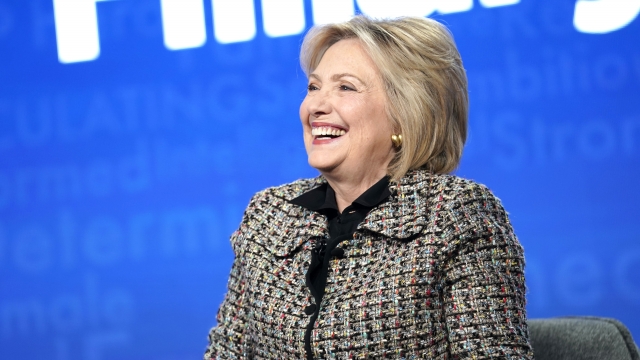 SMS
Hillary Clinton Says She'll Support Any Democratic Nominee
By Ahmed Jawadi
By Ahmed Jawadi
January 22, 2020
The former secretary of state said she​ "will do whatever [she] can" to support the Democratic nominee — whoever that may be.
SHOW TRANSCRIPT

Former Secretary of State Hillary Clinton said Tuesday she will support the candidate who ends up winning the Democratic presidential nomination.

When asked during an interview with The Hollywood Reporter whether she would endorse and campaign for Sen. Bernie Sanders should he win the nomination, Clinton said, "I'm not going to go there yet." She also doubled down on comments she made about Sanders in an upcoming docuseries, including her assertion that "nobody [in Congress] likes him, nobody wants to work with him, he got nothing done."

Shortly after that interview was published on Tuesday, Clinton tweeted: "I thought everyone wanted my authentic, unvarnished views! But to be serious, the number one priority for our country and world is retiring Trump, and, as I always have, I will do whatever I can to support our nominee."

Clinton and Sanders were both frontrunners in the 2016 Democratic presidential primaries, which she won. Sanders eventually went on to campaign for her, but Clinton told Howard Stern last year that she wished Sanders had endorsed her earlier in the race, saying, "He hurt me. There's no doubt about it."