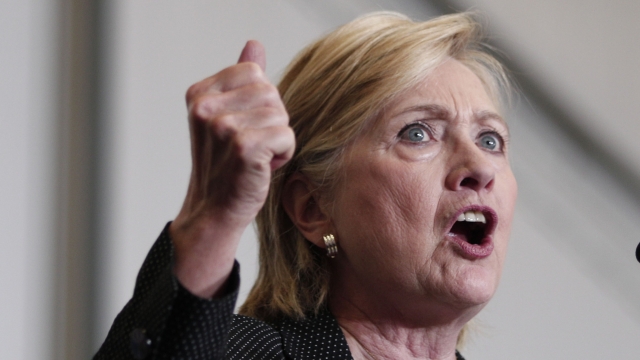 "He refuses to do what every other presidential candidate in decades has done and release his tax returns," Hillary Clinton said during a speech in Michigan.

According to a statement posted to Clinton's website Friday, she and her husband, former President Bill Clinton, made a collective $10.6 million in adjusted gross income in 2015.

That's quite a step down from the $28 million the couple reportedly made in 2014.

The 2015 return also showed the Clintons forked over $3.2 million in federal income taxes, which is an effective tax rate of about 34 percent. Her campaign site says she also donated about 10 percent of their income to charity.

The move really put the spotlight on Trump's refusal to release his own returns.

The Republican presidential nominee has said he's facing an IRS audit and won't make his returns public until it's done.

Still, keeping taxes under wraps is unusual move for a presidential candidate. Trump could become the first major-party nominee to not release returns since 1976.